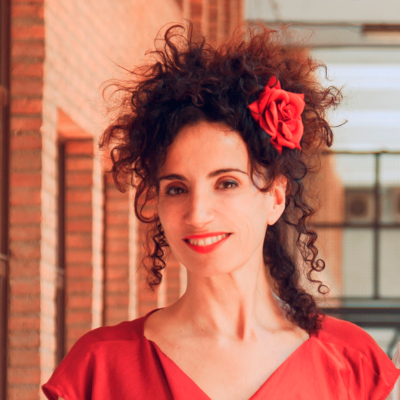 Mireia Feliu is a singer, songwriter and teacher. She comes from a family of great musical tradition.

She began studying music at the State Conservatory of Music in Barcelona where she studied music, piano and harmony. Later, she opted for modern music and studied singing, combo, harmony and piano in the Aula de música Moderna y Jazz and in the Taller de Músics. She studied piano with Lluís Muñoz in the Musical Union of Catalonia. She also studied singing with Xavier Garriga, Mireia Lara and Joaquim Proubasta.

She has always combined her facet as a singer with that of music pedagogy. She was a singing teacher at the Badalona School of Modern Music and currently combines her professional activity as a singer with teaching music in high school.

As a singer she has participated in multiple projects, both as a lead and as part of bands led by other instrumentalists. Of those perhaps the ones that stand out most include her participation in the recording of the album “ Con un aire country” by Núria Feliu and her subsequent tour in Catalonia, País Valencià and Ecuador, as well as performances and interviews on radio and television such as TV3, City TV, BTV, Catalunya Ràdio, RAC1, Onda Rambla, RàdioEstel, Ràdio 4 among others.

Highlights also include the project co-led by the pianist Ismael Dueñas, which has led her to perform on tours and stages such as BarnaSants, Jamboree, ONCE Auditorium tribute to Tete Montoliu, Inaugural Concert “Jazz AllStars” of the festival La Mercè, Vinseum de Vilafranca, Teatro la Sala, as well as numerous theaters, festivals and jazz halls.

As a Lindy Hop dancer she has spent four years training at Swing Maníacs and other dance schools. She is also trained in Balboa and Blues dances. 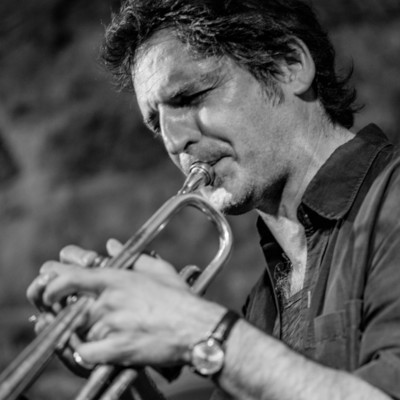 He also leads the groove jazz band TRAKAS, a band with whom he has just released his new album “Erbestea” (Errabal 2012).

In addition, he and his brother, the saxophonist Victor de Diego, lead the quintet DEDIEGO BROTHERS, a band formed in 1993, with two records under his belt and reminiscent of jazz from the 60s (Blue Note) where they fused jazz with funk or boogaloo. 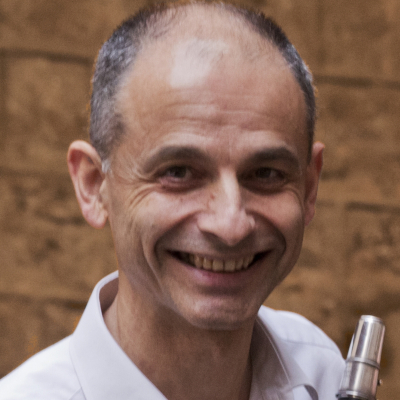 Recognized as one of the most genuine flavored clarinettists in New Orleans jazz and classical jazz, he has been invited to festivals in Terrassa, Vitoria, San Sebastián, Andorra and Barcelona as well as jazz festivals and clubs throughout Catalonia, Spain, France, Germany and Great Britain.

Born in Barcelona, Oriol became interested in music through family and the schools Sant Gregori and El Arc. He studied classical music with teachers and in schools throughout the country and abroad. He discovered jazz at Ricard Gili’s seminars and did his first apprenticeship at the jazz club La Guitarra with pianist Jimmy Rena, and, for five years, with La Locomotora Negra. In La Cova del Drac on Tuset Street he collaborated with prominent American musicians such as trombonist Gene Connors, singer Carrie Smith and pianist Ralph Sutton.

In the 90s, he created the New Orleans Blue Stompers, with trumpeter Ricard Gili and Pepe Robles (CD The Louis Armstrong musical story), and the Barcelona Swing Serenaders quartet (CDs Somedaysweetheart, Saturdaynightfunction, New Orleans wiggles and Celebrations). He was a performer and director of the concerts ‘De Mozart al Swing’ and ‘Viatge a New Orleans’, at the Palau de la Música, at the Mil•Lenni Festival. In a duet with the pianist Ignasi Terraza (CD Confiesen’) he acted as Woody Allen’s investiture as an honorary doctorate from the Pompeu Fabra University.

He has performed with prominent musicians and bands from home and abroad, such as trumpeters Wendell Brunious, Mark Braud, Herbert Christ and Josep Ma Farràs (CD Jazz galet blues), trombone players Lucien Barbarin and Dani Alonso, guitarists Dave Mitchell (CD by duo Concert al patidels Lió) and Erwyn Seerutton, singers Big Mama and Mònica Green, the vibraphonist Daño Doriz and the pianists Federico Mazzanti and Elena Lasco (CD by duo Just jazzin’). He has learned from all of them and continues to learn and be inspired.

He has led several ensembles under the name of Hot Jazz Cats, as well as the Classic Jazz Quartet band. He is part of the Jazz Care All Stars ensemble, created by pianist Alain Guiu to evoke the music of Louis Armstrong’s All Stars, and leads the band The Happy Jazz Feetwarmers, dedicated especially to acting for dancers. He has presented informative concerts for schoolchildren and adults, and is the author of the books Tocats pel jazz (Amalgama) and Musiques amigues (Dínsic) -Compilation of articles on jazz and Catalan music. 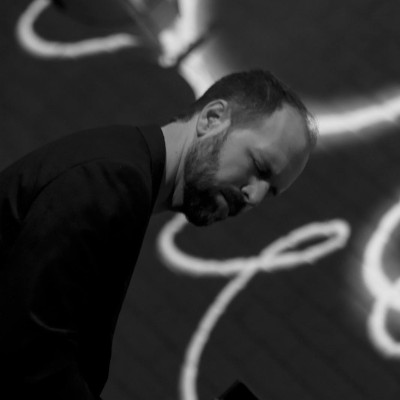 Presently is presenting SOLO PIANO/ Segles Lligats with the Fresh Sound New Talent label and in turn THE CALL from the PAST for Underpool Records label, reaching 7 albums with his own name.

He is the member of the band of the legendary musician Carles Benavent and also sideman of multiple projects such as Marc Ayza Group, Celeste Alías + Guillermo Band, Gabriel Amargant Quartet, Nadia Basurto Group and Ernesto Aurignac Quintet and with musicians such as Horacio Fumero, Santi de la Rubia, Jo Krause, Laia Cagigal ...

For 11 years he has organized the Begues Jazz Camp with Jorge Rossy and Deejay Foster.

He has been director of the Department of Jazz and Modern Music at the Conservatory Superior del Liceu for 3 years, Graduate Superior in Jazz and MM at the Esmuc, diploma in the Incanop and diploma in Musical Teaching. 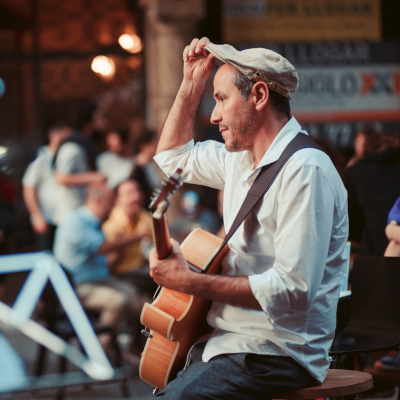 David is a guitarist, composer and teacher, trained in Taller de Músics, Rock & Jazz, the EMM of Badalona and the ESMUC. He has combined teaching from the beginning of his career as a musician.

He has extensive teaching experience in workshops and music schools, currently a teacher of electric guitar and combo in the state schools of Olesa de Montserrat and Modern Music of Badalona. He also has a degree in Teaching specializing in Social Sciences from the UB and a degree in Geography and History, specializing in the History of America from the University of Barcelona.

He just released “Obrigado” in 2018, Caracara’s first work, produced by Roqui Albero and edited by Temps Record, a Mediterranean samba trio, with his own compositions. David’s style is easily recognizable by his palette of sound colors that gives such characteristic nuances. Enriched by this amalgam of styles, David gives his compositions an expression of great wealth and a unique and unclassifiable expression, which brings together the best of each of them in a combination of strength, subtlety and musicality. 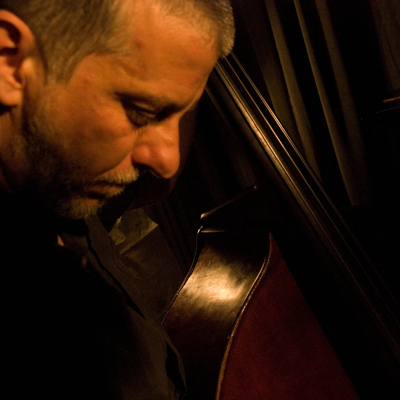 But the facet on which Mengual is leaving a visible mark on the music scene is his personal projects, true focus of multi-personal artistic creativity where the creator presents himself above all as a catalyst of ideas.

The relentless search for new channels of expression for conventional jazz sound, both as a perfomer (multiawarded several times by the AMJM), as a composer and as an arranger, are a sign of the musician’s constant ambition to break schemes and build new expressive bridges between his personality and that of his collaborators. In this last sense, it is the Deriva project, based on a succession of creative derivations that started from some photographs by Carles Roche to be joined by poems by David Castillo a link between images and music.

As a teacher, Mengual is a professor at the Conservatory of the Lyceum and Instrumental Ensemble in the Taller de Músics Escuela Superior de Estudios Musicales. 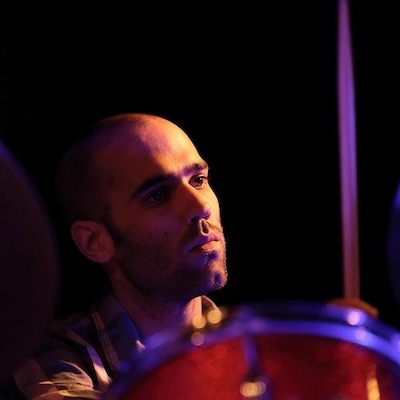 Drummer born in Lleida on 1989. He started studying classical percussion at the Cervera Conservatory of music until 2005. During the same time he was studying drums with Ricard Grau, the drummer of "Afro Blue", a latin jazz group from Barcelona.

In 2006 started studying jazz and modern music at the "Aula de música" with Quim Solé and Aldo Caviglia for two years. In 2009 was admited at Liceu's Conservatory of Jazz and modern music. Graduated in 2013 on jazz drums with the great David Xirgu and Ramon Prats.